A relational database management system (RDBMS) is a computer software system, that significantly simplifies the creation and management of a database for the developer.

Data can be easily modified directly via the GUI (graphical user interface) and complex structures can be managed clearly. Even if the comparison lags, a RDBMS reminds at first sight of a spreadsheet.
There are many RDBMS systems on the market, some of which are open source and offered free of charge.

Why to use a MySQL graphical user interface

Although all databases can be queried and managed directly via a shell, a suitable graphical user interface such as MySQL Workbench, HeidiSQL or phpMyAdmin as well as Adminer is very often used in the daily handling of a database.Work, such as creating a database dump or importing a restore, however, is very often done via the shell. However, it is not advisable to perform structural work via the shell, since this can quickly lead to incorrect entries and thus to the loss of data.

MySQL queried via the shell

Graphical user interfaces also provide a much better overview of the entire structure of a database. Data can also be changed directly without having to take the detour of writing an SQL update statement. Depending on the MySQL tool used, even table dependencies can be displayed graphically. This is an absolute plus for complex database structures, especially when you have to find your way around undocumented or poorly documented structures. 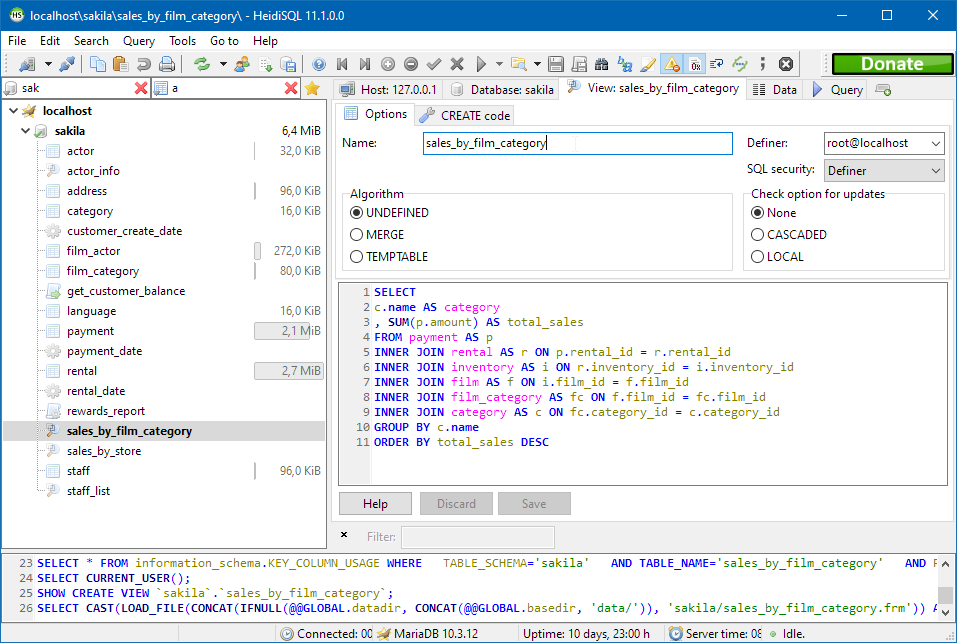 What are the MySQL IDEs?

MySQL is one of the most widespread and popular database technologies, so it is not surprising that a whole range of different tools have been developed to make it much easier for one to deal with a database.

Many of the available database tools are different in their scope of services and the interface. Thus, there are some tools that were programmed as PHP or web application and only allows the management of a database. Others are Windows programs that access a database via an SSH tunnel. These tools usually have a significantly higher range of functions and are usually aimed at developers who frequently have to deal with databases.

There are no comments available yet.
MySQL